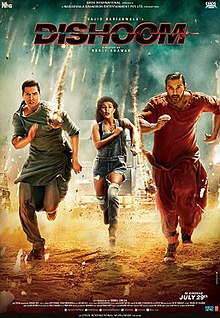 Cinematography of the film is done by Ayananka Bose and story of the movie written by Rohit Dhawan,Tushar Hiranandanigaining 5.1 of rating on Mr-Jatt.. The first promotional song was Sau Tarah Ke sung by Amit Mishra,Jonita Gandhi mp3 song released about 6 years ago. while second song was Toh Dishoom sung by Raftaar,Shahid Mallya and composed by Pritam mp3 song released about 6 years ago.