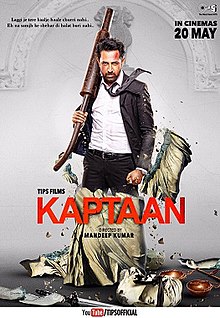 The film is directed by Mandeep Kumar and produced by Tips Industries Limited. Cinematography of the film is done by Anshul Chobey and story of the movie written by Dheeraj Rattangaining 6.5 of rating on Mr-Jatt..